My sleep is very precious. I had divulged this earlier in a post about my abandonment of the snooze button. And so, the changes I observe when I get/do not get my sleep let me know that I should never reduce the importance I have given my nightly rest. For example, when I sleep less than seven hours I not only morph into an intolerant and low-spirited creature but I also come to the point where I lose the ability to string together a decent sentence.

When I get my sleep, however, my spirit and attention are in order.

In an article about sleep, which I recently read in Flow magazine, statements made by neurologist Jeff Iliff from a scientific standpoint vindicated the deductions I came to independently. Iliff mentions that the act of falling into deep sleep allows the brain to clean out the spaces between cells as well as waste such as beta amyloid, which is believed to cause Alzheimer’s. Iliff also states that the brain is only able to complete this cleaning process during sleep and not when it’s active. The neurologist also expresses that when we prevent our brain from doing its cleanup, troubles can arise due to the buildup, much like when we avoid doing the dishes for too long.

I think it’s a pretty solid reason to hit the hay at a reasonable time. That a good night sleep also promises a healthy complexion is a bonus!

Provided that you haven’t recently given birth, I recommend that you strive for a regular sleeping routine. It’s not possible to become successful by sleeping less and working more.

As for the amount of hours necessary for ideal sleep, the information regarding an adult’s need for eight hours of sleep is still widely accepted. I’ve also come across articles that claim seven hours to be sufficient, however, when I tried it out myself I realized once more that I’ll never trade those eight hours for anything.

Wishing you a year of good sleep,

*Sleepless Every Night (Uykusuz Her Gece) is a very popular Turkish song. 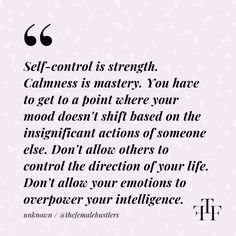